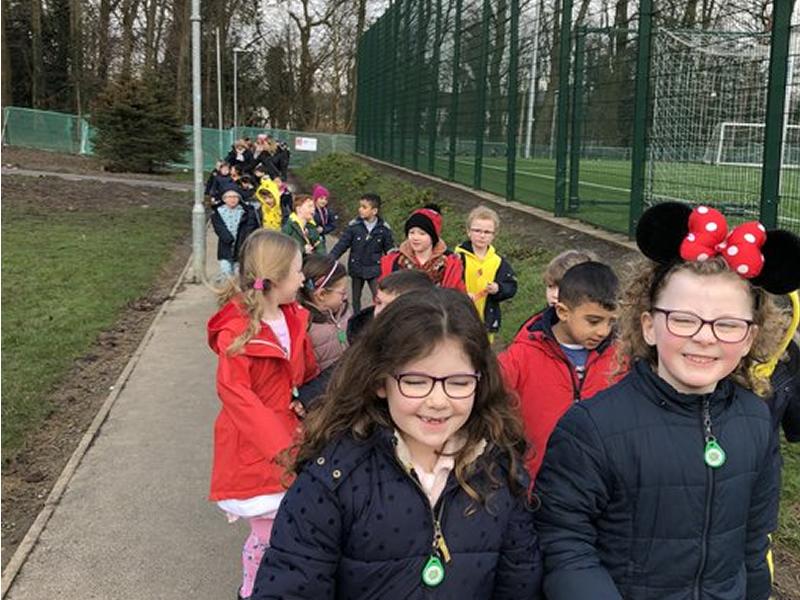 The game encourages people of all ages to see how far they can walk, cycle or run in a bid to win prizes for their community or school team. The six-week game will run until 11th November.

Safety is coming first and players can take part whilst ensuring they are adhering to all social distancing guidelines. There is no need to touch any of the sensors or Beat Boxes – all you need to do is hover your card or fob near the sensor. Further measures such as regular sanitisation of Beat Boxes and temporary pavement markings to help will also be put in place.

Councillor Tony Buchanan, Leader of East Renfrewshire Council, said: “We are pleased to be bringing Beat the Street back to East Renfrewshire. It has been a hard few months but daily exercise became an important part of daily routines and this is a fun, free and safe way to keep active as a family – whilst also winning prizes for your school or community group at the same time.

“The game triggered people’s competitive side last time it was on, so I will be watching the leaderboards with interest. Get involved, have fun and make sure you stick to all social distancing guidelines while you are taking part.”

East Renfrewshire residents are seasoned Beat the Street players as the game has been played in the area previously. Giffnock, Thornliebank, Clarkston, Busby, Eaglesham & Waterfoot, and Neilston played in February 2020 where more than 7,596 people walked, cycled, ran and wheeled nearly 70,000 miles. This time, people from across all of East Renfrewshire can take part, get active and safely hunt for Beat Boxes.

Eighty Beat Boxes (beeping and flashing sensors) will be placed on lampposts around the area for the duration of the game. Primary school pupils will be provided with fobs while parents and teachers will receive a card from the school so they can accompany children.

The wider community can pick up a contactless card from a distribution point listed on www.beatthestreet.me/eastrenfrewshire. Players can walk or cycle between the Beat Boxes which are spaced half a mile apart – hovering the fobs or cards as they go. The further players travel, the more points they score.

Dr William Bird, founder of the Beat the Street game said: “Beat the Street aims to engage the whole community. While it’s a fun game with prizes to be won, the real winners are those people who take the time to walk, cycle or run every day. Taking part will do great things for your physical health and your mental health too.”

Find out the latest news and updates on the Beat the Street game by following @BTSEastRen on Facebook & Twitter!