People saved by living kidney transplantation have given thanks to their donors and the NHS on the 60th anniversary of the first living kidney donation in the UK. 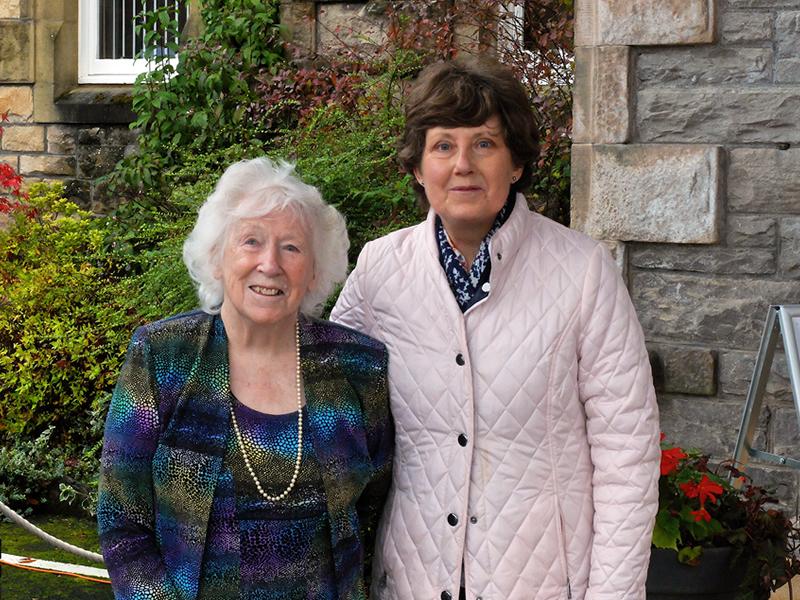 1,500 people in Scotland have donated since first surgery in Edinburgh in 1960

People saved by living kidney transplantation have today (30 October 2020) given thanks to their donors and the NHS on the 60th anniversary of the first living kidney donation in the UK.

The pioneering surgery, which involved twin brothers from Leith, was performed at the Royal Infirmary of Edinburgh on 30 October 1960 by Sir Michael Woodruff and his team.

Since then, over 1,500 people in Scotland have helped others by donating a kidney.

Patricia Hourd, 63, from Perthshire who received a kidney from mum Sally Mearns 18 years ago, today led the tributes, thanking her mother and the nurses, doctors and surgeons for transforming her life and giving her years of good health.

Sally, who donated aged 71 and is now 90, put herself forward for testing as a potential donor after Patricia was diagnosed with polycystic kidney disease in 2002 and had to start dialysis, after her kidneys started to fail.

A kidney from a living donor generally offers the best outcomes for patients living with kidney failure who need a transplant, and those on the waiting list are encouraged to consider living donation as an option for this reason.

A healthy person can live a completely normal life with one working kidney, and people can donate to a loved one in need or can donate altruistically to a stranger on the waiting list who is a match.

Minister for Public Health Joe FitzPatrick said: “Today is a significant milestone in the history of transplantation. Living kidney donation has come a long way from that first surgery in October 1960, with 100 such operations currently performed in Scotland each year with a very high success rate.

“The programme will remain an important part of increasing donation and transplantation rates when opt out legislation is introduced next March.

“The generosity of donors, coupled with the care and dedication of those in the NHS who facilitate each stage of the process, has resulted in many lives being saved and transformed and I’d like to extend my sincere thanks to everyone involved.”

Mr Gabriel Oniscu, consultant transplant surgeon at the Royal Infirmary of Edinburgh, and Director of the Edinburgh Transplant Centre said: "There have been many significant advancements in the 60 years since that first pioneering surgery which have completely changed the outcomes for patients living with kidney failure. Keyhole surgery for the donor operation and the kidney sharing schemes have certainly revolutionised living donation.

“The difference living donation makes to someone living with end stage kidney failure cannot be underestimated. The most rewarding part of my role is without a doubt seeing a donor and recipient recovering following surgery. Being able to facilitate that transformation is an immense privilege.”

To find out more about living donation, visit https://www.organdonationscotland.org/tell-me-about-living-donation