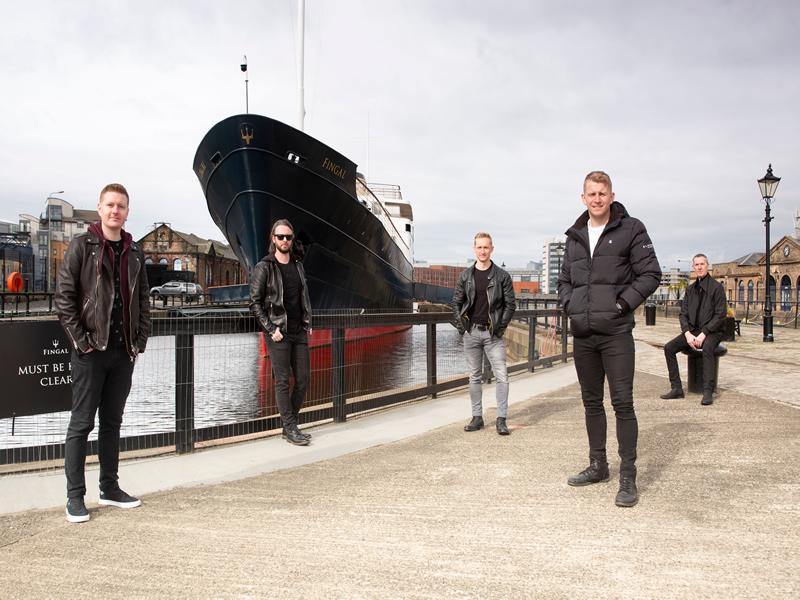 Skerryvore Onboard will see the eight-piece act come to viewers around the world from the luxurious ballroom of the former Northern Lighthouse Board ship, now docked in the historic Port of Leith, with a night of entertainment that is sure to float fans’ boat.

The prestigious vessel will see the Scottish band perform much-loved songs from their extensive back catalogue, including their newest single ‘You & I’, which recently enjoyed six weeks on the BBC Radio 2 playlist.

Skerryvore Onboard will be the band’s third livestream in the last 12 months as they find new ways to come to fans worldwide while touring is on hold – and the concept is proving popular, with 7000 people from 21 countries tuning into their New Year’s Day Live concert.

This latest show is set to take place in a truly unforgettable setting which, like the band, has strong connections to the west coast of Scotland.

Fingal – whose name is thought to pay homage to the King of the Morven (Argyll) from 3rd century Caledonia – was stationed in Oban for 30 years. Now operated by The Royal Yacht Britannia, she has undergone a £5m conversion and opened as a hotel like no other in 2019.

As part of the evening’s entertainment, the band will take viewers on a tour of Fingal’s sister Yacht, The Royal Yacht Britannia, which has been admired by many in the Netflix series The Crown. The tour will follow in the footsteps of the Royal Family and take in the spectacular State Drawing Room, where band member Alan Scobie will take to the Yachts original Welmar Baby Grand piano, once played by Sir Noël Coward, The Rat Pack and Princess Diana.

Audiences will also be able to enjoy interviews with the band live from Fingal’s Skerryvore Suite – the most lavish cabin on board – and have the chance to win an overnight stay in that very cabin.

The concert will be available to watch live, with fans able to comment along as the show is happening to share messages and shout outs to friends and family also watching from the comfort of their home.

With no fixed cost per view, fans are invited to ‘pay what you want’ for their ticket and will also have access to exclusive merchandise and content.

Daniel Gillespie, Skerryvore founding member and managing director, said: “We’re really looking forward to treating everyone to a truly unique livestream from the stunning Skerryvore Suite of Fingal in Edinburgh’s Port of Leith. The ship makes for a spectacular venue and we feel incredibly honoured to be able to play to fans around the world from this special place.

“The last year hasn’t exactly been plain sailing and we continue to miss touring and visiting our fan’s hometowns, but we have been thrilled to see how many people are enjoying seeing us via livestream and we hope this latest offering ups the ante for fans yet again. 2021 started with a bang for us when we entered the BBC Radio 2 playlist for 6 weeks in a row so we hope this will also be a chance for the thousands of people who have discovered the band in recent months to get a taste of that unique live Skerryvore experience.”

Andrew Thomson, Head of Fingal, said: “We are delighted to have teamed up with Skerryvore for this very special livestream. Not only did Fingal service Skerryvore Lighthouse in her Northern Lighthouse Board days but our most luxurious suite is named after this iconic lighthouse – the tallest in Scotland! It’s the perfect collaboration and what a way to build up to our re-opening.”

Together they mix Scottish folk music with pop, rock and Americana influences to create their own high-energy brand of contemporary Scottish traditional music that has seen them twice awarded Scotland’s Live Act of the Year at the Scots Trad Music Awards.

Over the last 15 years the band has performed in more than 25 countries worldwide including across the UK, Europe, USA, Canada and Australia.

Tickets for Skerryvore Onboard are available to buy from https://skerryvore.com/onboard/

East Renfrewshire Culture and Leisure are reopening some of their services later this month and are looking forward to seeing you!

Aldi has teamed up with long-term supplier Williams Bros to give customers the chance to name a brand-new beer which will be sold in stores across the country!

The search is on to find the best gardeners in Glasgow

With the reopening of garden centres, the Incorporation of Gardeners of Glasgow are encouraging the public to take up gardening and have launched 'Let Glasgow Flourish' Gardening Awards 2021!

Conservation charity the National Trust for Scotland has confirmed that most of its countryside, estates and gardens across Glasgow will be open for local visitors from 2nd April.

Historic Environment Scotland sets out plans to reopen its properties

Scotland’s historic sites get ready to lower their drawbridges once more following the Scottish Government's route map to lift restrictions across mainland Scotland.

The Quay gears up for reopening!

Runrig's full 3-hour concert film 'The Last Dance' will be screened on BBC Alba on Saturday 3rd April at 8pm!

Dobbies teams up with the RSPB for latest podcast episode

Dobbies has teamed up with the UK’s largest nature conservation charity, the RSPB, for its latest podcast episode - filled with advice on how to care and protect our garden wildlife.

Come together for the National Day of Reflection

Let's come together today to reflect on our collective loss, support those who've been bereaved, and hope for a brighter future.

Discover the edible plants you can grow on your doorstep, as brand new collection of edible roses lands in Dobbies stores across the UK.

Lockdown is ending and The Drive In Cinema is returning!

The popular Paisley Food and Drink Festival is taking a different shape for 2021 – with a tempting online programme across nine days this April!

Eastwood Park Theatre has teamed up with Scotland's leading murder mystery company Can you Catch the Killer to offer two virtual interactive events!

Dobbies has announced a programme of exclusive virtual events this Spring, to help gardeners of all ages and abilities take their green spaces to the next level. 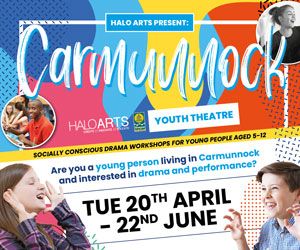 Hundreds of original works of art will be on display virtually during April as part of the annual Christian Aid Clarkston Art Show!

Dust down the boots and training shoes, slip or squeeze into your football gear and head to Norwood this Sunday for the launch of Giffnock Soccer Centre's Walking Football section!

In Conversation with... Jonathan Watson

Don't miss an evening of conversation with Jonathan Watson hosted by Graham Spiers streamed live from Eastwood Park Theatre on Saturday 22nd May!