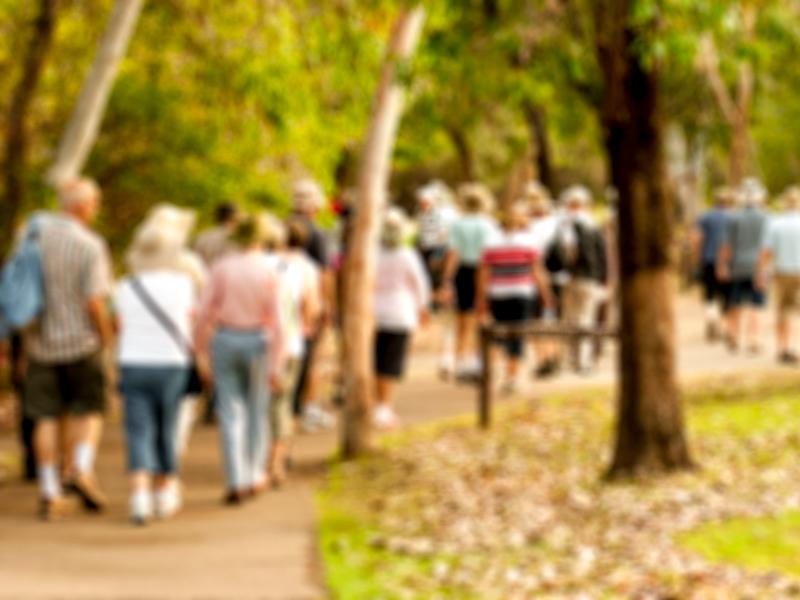 The HSCPs health walks take place across our communities. The weekly walking groups have proven extremely popular and have helped hundreds of people not only get regular exercise, but also socialise and meet other like-minded people.

Walking has many benefits - it's been found to improve self-esteem and mood, improve sleep, reduces stress, anxiety and fatigue. It's even been found that in older people staying active can improve cognitive function, memory, attention and reduce the risk of cognitive decline and dementia.

Groups currently have a capacity of 10, and there are walks that suit a range of abilities - from beginners to those who are more confident. All are led by qualified volunteer walk leaders supported by the HSCP

The Partnership is also encouraging locals and staff to get involved in National Walking Month, which takes place throughout May.

Over the last year walking locally has become part of the daily routine for many, and with walking being proven to be so beneficial for people's health and wellbeing, the Partnership is backing #WalkThisMay to help keep the momentum going.

HSCP staff are going to #WalkThisMay by signing up to the Paths For All Step Count Challenge. It's a team challenge that combines the group member's daily steps and teams compete to achieve the highest number of steps.

Residents can take on the HSCP, and teams from across the country, by signing up at www.stepcount.org.uk

Whether you want to join one of health walks, join the step count challenge or want to do your own thing - just make sure you #WalkThisMay.