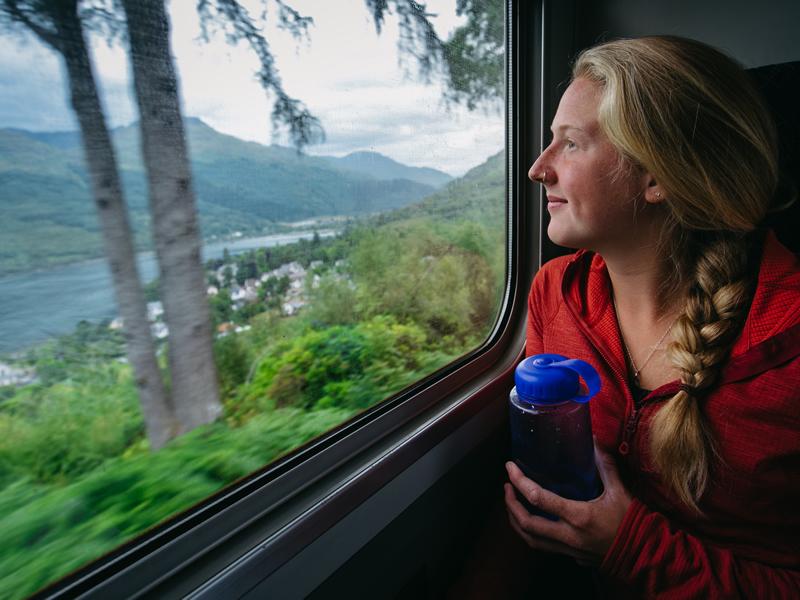 Using the hashtag #Journeythatmatters, the campaign will reframe journeys to the National Park as part of the overall experience, offering additional time to relax and enjoy the stunning views with family and friends. A series of suggested itineraries to explore the National Park by public transport will also be shared to inspire sustainable days out.

This campaign comes at a crucial time where more people are enjoying staycations and local days out due to the ongoing impacts of Covid-19. Whilst the health and wellbeing benefits of such visits are well accepted and tourism welcomed within the country’s economic recovery, in some popular areas the increase in traffic is having a negative effect. Promoting sustainable transport as a viable and attractive alternative to the independent car journey will attempt to reduce these impacts, and also positively contribute to lowering people’s carbon footprint. As Scotland moves to Level 0 and restrictions ease further, the Scottish Government guidance on travel by public transport continues to emphasise personal responsibility, good practice and informed judgement.

The Countryside Trust would also love to hear from you! If you have any questions or would like to know some more about this project, please contact the Countryside Trust’s Behaviour Change Advisor Emily.Bowie@lochlomond-trossachs.org.

This behaviour change project is funded by Smarter Choices Smarter Places, which is Paths for All’s programme to increase active and sustainable travel throughout Scotland. The programme is grant-funded by Transport Scotland.