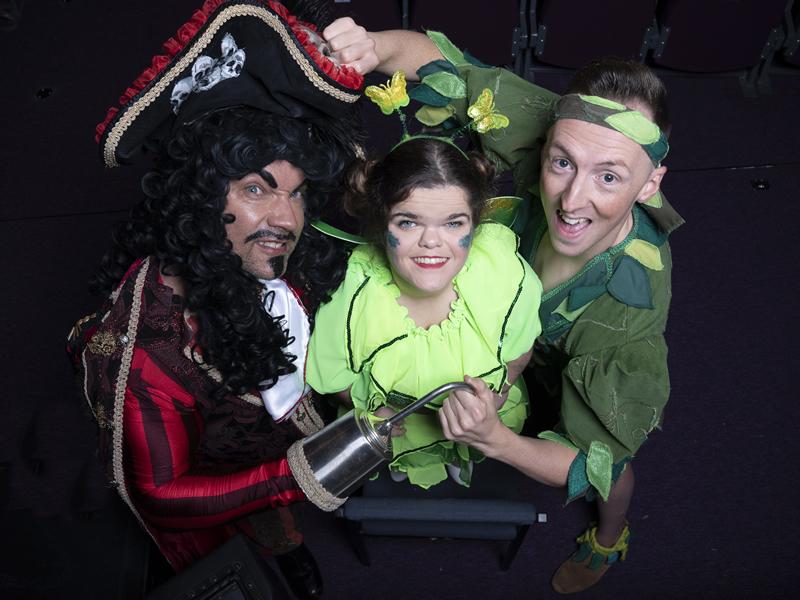 Despite a difficult year for the arts industry due to COVID, the Giffnock theatre is back with an impressive line up from Spillers Pantomimes. Featuring a whole host of Scottish talent, the cast includes actors, magicians, illusionists and professional dancers, who are returning to their roots for the show.

Nicholas Devlin will take on the role of Peter Pan. The Glasgow Academy of Musical Theatre Arts graduate has toured the world, working onboard luxury cruise ships, and as a character performer in Disneyland resort, with leading roles in productions including Aladdin.

Nicholas said: “I'm thrilled to be making my debut with Spillers Pantomimes as the boy who never grew up. I can't wait to be back onstage to spread some Christmas magic and cheer.”

Nicholas will be joined on stage by Chris De Rosa as panto villain Captain Hook. Award-winning Chris, from Glasgow, has worked in the entertainment industry for the last 28 years and is best known as an accomplished magician and illusionist, who has also performed all over the globe in shows aboard cruise ships, casinos, theme parks and TV.

Dancer, actor, magician and illusionist Louise Andrée Douglas, from the magical kingdom of Fife, splits her time between Scotland and London and will perform two roles on stage, as Tiger Lilly and Mrs Darling, as well as choreographing the show.

Director and Scottish actor Garry King, who triumphed in Pride Glasgow's Tik Tok Drag Race competition earlier this year, will play Smee. Musical theatre graduate Abbie Purvis takes on the role of Tinkerbell, having previously starred in Annie, Jack and the Beanstalk and Snow White and the Seven Dwarves. Pirate Josh Kiernan is pictured (attached) with Varrie McElwaine and Michelle Ferguson, who are part of the show's professional dancing line up.

The cast will be supported on stage by local talent, following casting calls for the roles of Wendy, John and Michael and invitation for dance schools to feature on stage alongside the professional cast.

Hundreds of hopefuls auditioned and those shortlisted were invited through to the final stage of auditions to perform and meet with the cast.

Anthony McReavy from East Renfrewshire Culture and Leisure said: “This year's panto at Eastwood Park Theatre is set to be bigger and better than ever before.

“We're working with professional partners Spillers Pantomimes for the first time and, while other venues may be scaling back on production this year, we have more than doubled our offering.

“Everyone missed out on the panto magic in person last year. Our talented cast have many tricks up their sleeves that are sure to delight the audience and we are excited to bring an extra special show to the stage to make it our best year ever.”