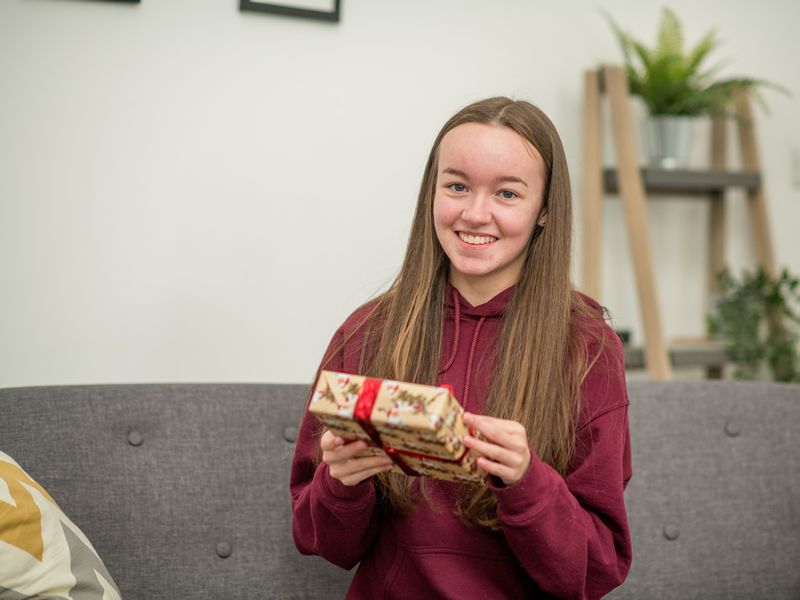 Christmas is billed as the ‘happiest time of the year’ but for young homeless people the reality can be very different with no delicious Christmas dinner to overindulge on, no family occasions to enjoy and no gifts to open.

Leading health and social care charity Quarriers understands how challenging life can be for these young people and has launched its annual Box of Hope appeal to support young homeless people this winter.

Now in its ninth year, the charity is appealing for donations – from as little as £2 - to help homeless young people across Scotland to receive a gift over the festive period.

On average it is estimated that £5 billion* is wasted on unwanted gifts in Britain every year with more than 21 million people receiving at least one present they do not want and Quarriers is urging people to add a young homeless person to their Christmas list this year instead.

There are three Boxes of Hope available to help to spread festive cheer by making a donation through the Quarriers website, the gifts range from:

In Scotland, almost a quarter of homeless applications are made by those aged 16-24. These young people have often been part of the care system, and may have also experienced difficult family situations and find themselves homeless as a result.

Quarriers offers young people a safe roof over their head and provides as much support as possible to help each individual with their specific circumstances. For many of the supported youngsters, the Christmas gifts from Quarriers’ Box of Hope appeal may be the only gift they receive this year.

Fiona Nicolson, Head of Service – children, families and young people for Quarriers said: “Following the trials brought by the pandemic, 2021 has undoubtedly been a difficult year for everyone. However, this is just one of the worries homeless young people have had weighing heavily on their shoulders.

“The festive period can be an incredibly difficult time for the young people we support, as it is often associated with time spent with family, a time for friends, and, of course, a time for giving.

“They may not have had family to support them during this terrible time and after months of isolation they are facing spending the festive season alone.

“Every service will be different and will closely follow the guidance as Christmas approaches. But what remains true is that Quarriers is working hard to help young people feel less alone on Christmas day.

“We are counting on the generosity of others to provide one small gift to let these young people know that someone is thinking of them and to help them to mark Christmas day against the rest of the year.”