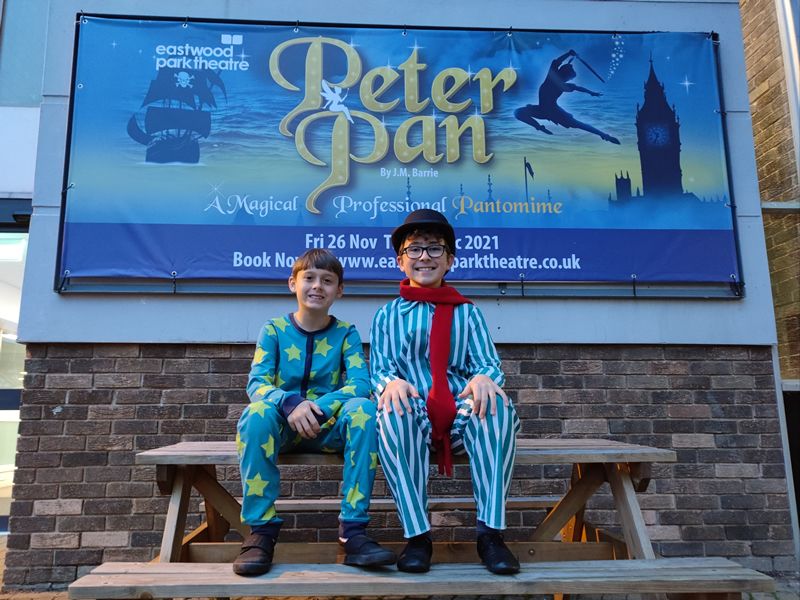 Oscar McCulloch, 7, Christian Bell, 9, Lewis Montgomerie, 11, and Finlay Crawford, 14, were amongst hundreds of hopefuls who auditioned for Eastwood Park Theatre's biggest ever professional panto of Peter Pan, with Spillers Pantomimes.

The four pupils impressed directors and will now perform as Michael and John Darling alongside the show's professional actors, magicians, illusionists and dancers. 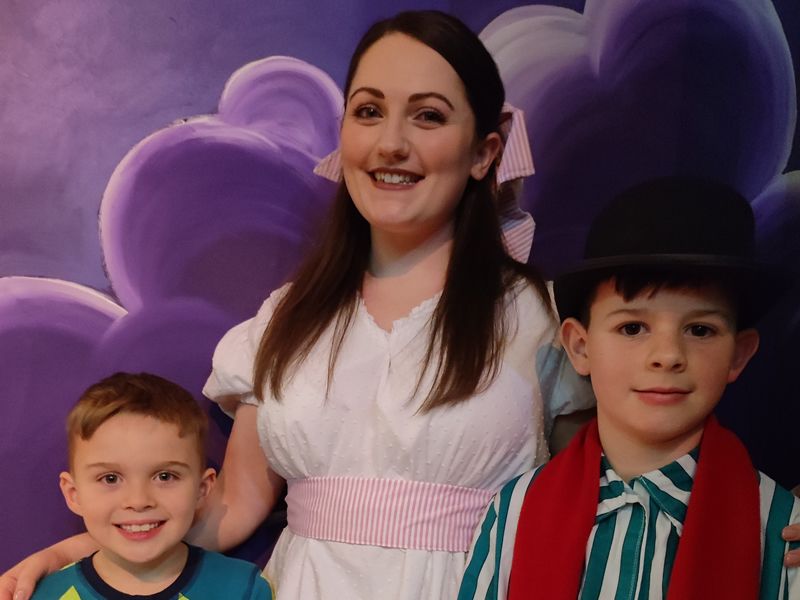 7-year-old Oscar McCulloch, a pupil at Sacred Heart Primary school in Glasgow, attends Vivace Theatre School and is currently rehearsing for his role as Olaf in Frozen the Musical. He will be performing on stage alongside his big sister Gracie, who is a juvenile dancer in the show and is looking forward to 'performing in front of a big audience and meeting lots of new friends'.

11-year-old Lewis, who has starred in several theatre shows, will share the role of Michael with Oscar. His family are super proud of him and say he is 'destined' to perform.

Lewis said: “I've wanted to be an actor since I was really young. It's an amazing opportunity and I can't wait to perform such a famous storyline on stage with the professional cast on stage. I love performing and seeing how it all works backstage, during rehearsals and the shows.”

Christian and Finlay's families, friends and classmates are excited to see them performing on stage.

The boys will appear alongside 29-year-old Lauren Downie, who was cast to the leading role of Wendy Darling following the auditions. The Scottish actress moved to New York at the age of 19 to study at the American Musical Dramatic Academy and now lives in Glasgow's east end.

Lauren, who has performed roles in plays and musicals Off-Broadway, at the Edinburgh Fringe and UK tours, said: “Having lived in the US for so long, I haven't had the chance to perform in a panto. I can't wait to get started at Eastwood Park Theatre and be back on the stage after what feels like forever!”

The cast will take to the stage at Eastwood Park Theatre from 26 November - 30 December 2021.

Featuring a whole host of Scottish talent, Nicholas Devlin will play Peter Pan, magician and actor Chris De Rosa as panto villain Captain Hook, dancer and illusionist Louise Andree Douglas as Tiger Lilly and Abbie Purvis as Tinkerbell. The show is directed by Garry King, who will also play the role of Smee.

Juvenile dancers from Stagecoach in East Kilbride, Karen Burns School of Dance and Fab Stars in Glasgow, are also set to sparkle on stage.

Anthony McReavy from East Renfrewshire Culture and Leisure said: “Our talented cast have many tricks up their sleeves that are sure to delight our audiences at Eastwood Park Theatre and we can't wait to welcome everyone along.

“Everyone deserves a magical panto experience this year so we are bringing an extra special show to make this our best year ever.”