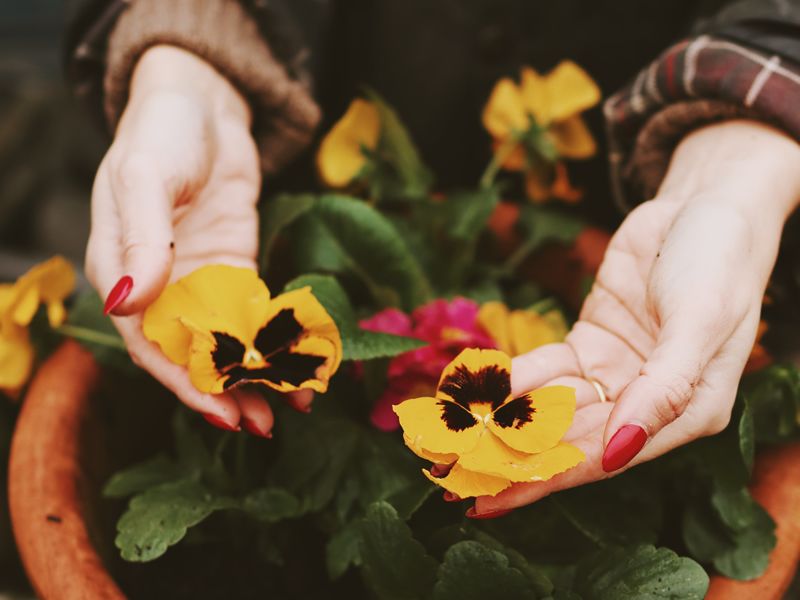 Winter is a fantastic time to prep your outdoor space for the warmer seasons, and Dobbies, the UK’s leading garden centre retailer, has outlined the best gardening jobs to get stuck into during winter on their latest podcast.

In episode 21, Winter gardening tips, guest host and Dobbies’ Ambassador, Daisy Payne chats to Dobbies’ Horticultural Director, Marcus Eyles to find out what people can be doing in winter to prepare their gardens for spring and summer.

Tidy up
Marcus said: “We’re in that period where we want to be cutting back our herbaceous plants and getting rid of a lot of the debris that’s around. Do think about keeping some of the seed heads and branches that can give you some structure in the garden though, don’t go too crazy on tidying up.”

Mulching is another tip that Marcus has for getting your garden looking polished in winter, with Daisy agreeing that it’s one of the best jobs to do at this time of year. Daisy said: “Mulching is one of my favourite things to do in the garden. One of the things I really love about it is that in itself, it tidies the garden up a bit and gives it a completeness in your borders and where you’ve got all your plants.”

Planting
Although a lot of people may think that winter is a time for shut down in the garden, Marcus points out that there are still plenty of options for those looking to do some planting in the winter. “In winter, you can plant Skimmia, which is a fantastic hardy shrub with beautiful flowers that look like berries at this time of year because they’re really tight and red. You can also plant winter Heathers, and Dobbies has a fantastic collection of these in stores now.” When discussing where best to place plants, Marcus recommends arranging winter containers near your back door so you can admire them from the comfort of your home without having to step outside.

Grow your own
Growing vegetables is something you can make a start on in winter and something that Marcus recommends if you’d like to reap the benefits earlier this year. Marcus said: “It’s a bit more of a challenge to grow vegetables in winter but things like broad beans can still be planted and protected with a cloche, as well as onions and garlic, and green crops like winter gem lettuce will tolerate lower temperatures. Just make sure you check on varieties and give them as much protection as possible.”

Pruning
Another important job for during the winter months is pruning to ensure any harsh weather doesn’t interfere too much with your garden. Marcus recommends taking the stems down by half to stop the wind catching plants as much over winter, and then in spring, he suggests pruning back the fresh shoots which will give nice structure for the plants ready to flower next year.

Marcus and Daisy also discuss their top picks for must-have gardening accessories, perfect for gifting to loved ones who want to get into gardening this year.

Head over to Spotify or iTunes to listen to the podcasts and get more hints and tips on how to get your garden looking its best this winter. Browse all Dobbies podcast episodes here >>