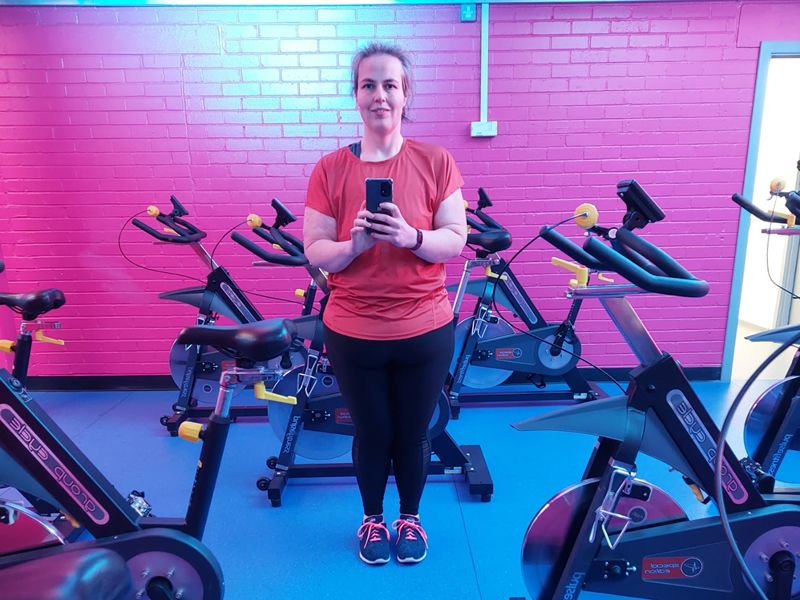 Chemistry teacher Amy, from Clarkston, transformed her lifestyle, dropping from a size 28 to a size 14, with support from East Renfrewshire Culture and Leisure's fitness classes and instructors. She's now reaping the rewards of her efforts, feeling healthier with more energy and confidence.

Amy said: “I started walking in lockdown, which was a good start, and then saw online classes advertised with East Renfrewshire Culture and Leisure. I decided to try it and then came along to their Tuesday evening bootcamp. I've now built up to five or six classes a week, including Spin, Body Pump and the new FloatFit HIIT class, which I love.”

Amy said: “Thomas has been fantastic at motivating me. He's very encouraging - and not in a patronising way. His encouragement has been integral to me being able to do this and keeping a positive mindset. I feel more confident, have more energy, am sleeping better and I'm cooking from scratch. It's like night and day to where I was before.

“I like to go to classes straight from work and there's always something that suits me. It's a healthy and sustainable way to lose weight and improve fitness levels. I am really pleased with my progress.”

Fitness instructor Thomas, who's based at Barrhead Foundry's gym, said: “I'm so proud of Amy; she's an inspiration and is so dedicated to making healthier choices. It's great to see the progress she's made.

“As an instructor, it's fantastic to see people making the most of their membership to improve their lifestyle. If anyone wants to follow Amy's example and start their fitness journey this year, they should come along and give it a go. Fitness instructors are always on hand to help guide you through everything, from using the equipment at the gym to tailoring exercise options in fitness classes. You won't regret it!”

Amy added: “Trying to juggle everything is difficult when you have a career, kids and other responsibilities. But you need to take time and look after yourself. Anyone can do it and it's been one of the best things I've ever done.”

East Renfrewshire Culture and Leisure's January fitness promotion runs from 3-31 January, with no joining fee or upfront payment and nothing to pay until 15 February 2022, including a free health and wellbeing programme. Membership includes all-inclusive access to four gyms with the latest cardio and resistance equipment, an extensive fitness class timetable with classes at venues across East Renfrewshire and three swimming pools.