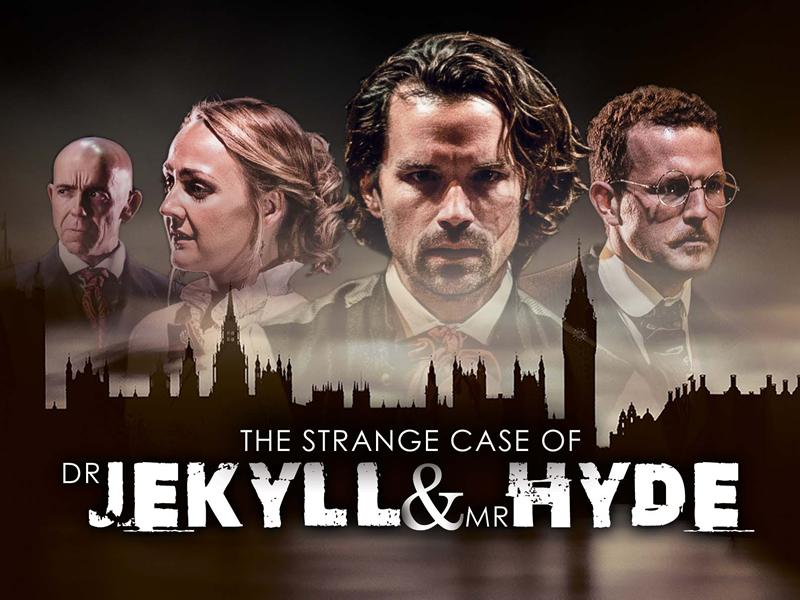 This production was recorded by Blackeyed theatre following covid-protocols

This version was specifically created by working in partnership with Eastwood Park Theatre who filmed and provided the BSL interpretation thanks to funding received from Creative Scotland.

Doctor Henry Jekyll is a good man. Successful within his field and respected by his peers, he's close to a neurological discovery that will change the face of medical science forever. However, his methods are less than ethical, and when a close friend and colleague threatens to expose and destroy his work, Jekyll is forced to experiment on himself, whereupon something goes very wrong...or very right. And suddenly Jekyll has a new friend, the brutal Edward Hyde.

A thrilling adaptation of Robert Louis Stevenson's dark psychological fantasy, The Strange Case of Dr Jekyll And Mr Hyde immerses you in the myth and mystery of 19th century London's fog-bound streets where love, betrayal and murder lurk at every chilling twist and turn. Gripping, stylish and thought-provoking, this is unmissable theatre.

Go on. Treat your dark side!

If your child or young person has recently been diagnosed with autism or is on the diagnostic pathway, join NAS East Renfrewshire for their Stepping Stones project.
Read more

What *is* Autistic experience really? - Open to anyone living or working in East Ren

Join NAS East Renfrewshire for 'What *is* Autistic experience really?' a talk delivered by Dr Chloe Farahar, an autistic educator who is part of Aucademy.
Read more